We first spoke to Roger just over a week ago – he contacted us with some questions about adding a Bafang kit to his rather old 1950’s Raleigh. At that stage what we didn’t realise was just what a special project this was going to be.

Roger is a keen restorer of old bikes, and his plan was to try the motor out on the old bike as a fun project. Roger lives not far from our Exeter HQ, and last Monday he made the journey down to visit us. He ended up buying a Bafang kit and 17.5AH battery pack for his bike.

Here’s what Roger had to say:

“I take rusty unloved non functioning bikes and make them into what they should be or near to what they once were. They never have any particular value and I don’t sell them. It’s just a hobby.  The frankenbike was originally a donor bike for a 1936 roadster I was doing. I needed the brake rods and some bearing cups. The frame just sat about for a year or so and I was going to weld a lawnmower to the front forks! Environmentally friendly mowing! I was looking at my pile of discarded worn out parts and thought I almost have enough parts to build another bike! I had run out of projects by then.

One day, one of my mates showed up on an electric bike and I borrowed it one night. I wondered how it all worked and of course wanted one. But they cost a small fortune and I have kids at uni so buying one wasn’t really an option at this time. But a kit was doable! Why not learn how they go together and practice on the frankenbike? The frame is 1954, but the rest is from 1970, a French tandem, a Specialized and even a Brompton parts are all on the frankenbike! It’s probably the daftest bike I have made! But, you should see the face on the guy with his £3k carbon framed bike as that thing effortlessly sails past on the long steep hills! A totally confused “what am I seeing” expression. This is the bicycle equivalent to fitting a Ferrari engine in a rusty old Morris minor! The handling characteristics are on par too I would imagine. One day, I will fit it to something I can stop and corner on without needing a fresh pair of unmentionables on my return! “

And here are the photos:

Before and after shots of the Raleigh. 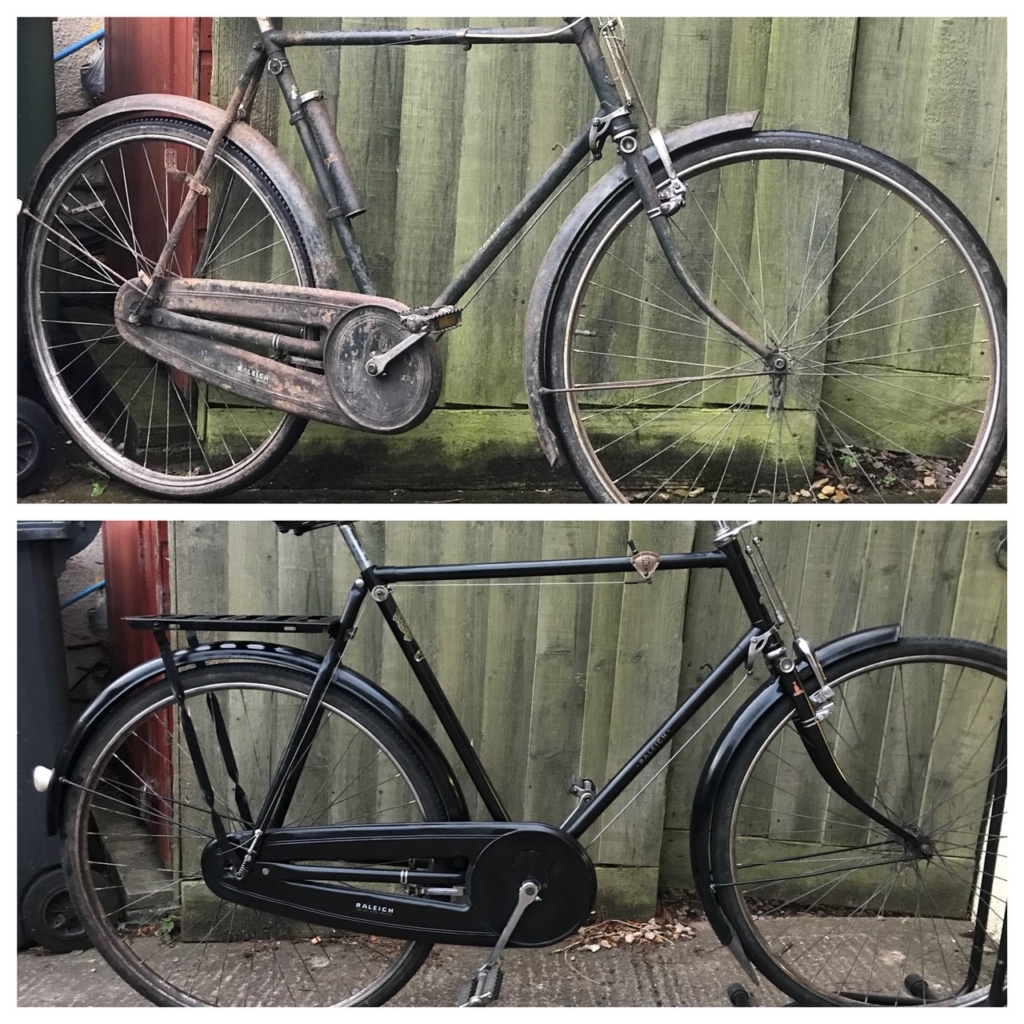 The finished ‘Frankenbike’ made up of the discarded parts from the other bikes, with a little cleaning up afterwards. 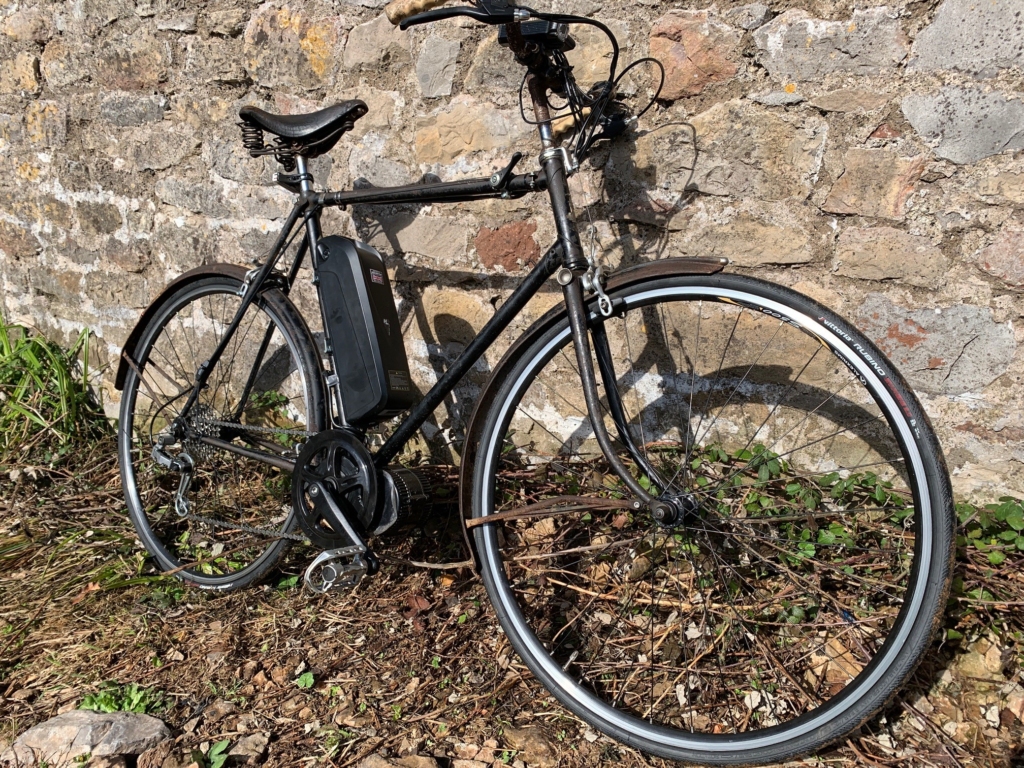 Why convert an eBike rather than buy new?